Welcome to Reggora’s Meet the Team series! Reggora is powered by a team of smart, hard working people dedicated to the mission of appraisal innovation, and we’ve all taken very different paths to get here. In this series, we’ll introduce you to different members of the Reggora family. This week features Wes Barlow,  who joined Reggora in November of 2020 to back up our Finance department with financial planning and analysis, reporting, and much more.

Q: Tell us about yourself. Where did you grow up? Go to school? What do you enjoy doing?

Growing up in southwestern Connecticut, I was fortunate enough to live in a charming town and attend great schools. I was on the rowing and ski team in high school and spent weekends doing outdoor activities and projects/yard work around the house.

I studied Finance and Information Systems at Loyola University Maryland and was the co-founder of the Loyola Entrepreneurship Club. Since then, I have taught myself about product design, IoT, mobile, and crypto/DLT. Some of those interests pushed me to pursue building Coffr back in 2017.

A little more about me: my favorite things in this world are to alpine ski, generally spend time outside (hiking, kayaking, biking), and working on random projects. I would also be misrepresenting my interests without disclosing my genuine love for having a beer with friends.

Q: Where did you work before Reggora?

My career started at Techtronic Industries (TTI), working as part of their Financial Leadership Program. I moved around quite a bit within their internal audit, accounting, and FP&A teams during a two-year tenure. Working at an exciting consumer and commercial products company and amongst a handful of teams taught me the value of innovation as a core part of a company strategy.

Using TTI as a launchpad, in 2017, I moved to Boston and joined Keurig Dr. Pepper’s (KDP) finance department working directly with the Keurig appliance organization. For almost three years, fueled by k-cups and cold brew, I worked with an incredible team of product/program managers and countless engineers to financially manage R&D projects across the US and Asia. At that time, Keurig was overhauling its brewer portfolio and dipping its toes in IoT appliances. I had a front-row seat to all the action and liked to think some of my suggestions and ideas helped create better products.

Speaking of better products, in parallel to my time at KDP, I was also working on my own startup, Coffr. We intended to build a network of connected storage lockers for cities and commercial spaces, providing people with a safe and secure place to store their stuff as they engaged in activities. Think bike-sharing but for storage. Unsurprisingly, COVID killed the business in September 2020. It was a gut punch, but the good news is that it led me to Reggora.

Q: Why did you join the Reggora team?

A: I needed a solid rebound after my breakup with Coffr, and I wanted to work for an exciting Boston-based tech startup rather than going back to a large-cap company. Reggora had an amazing product-market-fit, a rapidly growing team, and an opportunity to make an immediate impact. Plus, the co-founder, Brian Zitin, and I spoke during the early days of Coffr, and I was impressed by his critique of my project and the advice he gave out. If he could give thoughtful guidance in those early days, I assumed he and his co-founder could build a great company. It turns out I was right.

Q: What do you do here at Reggora?

A: Anything that has a dollar sign tied to it, I am typically involved in. With that said, my main areas of focus are financial planning and analysis, payments, billing/invoicing, external and internal reporting, modeling, and general fire extinguishing.

Q: What’s something that’s surprised you since joining the team?

A: I was caught off guard by the growth rate of the Reggora team since joining in November. I am used to having ten hires and ten turnovers within a quarter at KDP with a net zero headcount change. At Reggora, it’s more like ten incremental heads a month. The team growth is almost as impressive as the speed at which the company operates.

Q: If you had a free ticket to visit any place in the world, where would you go and why?

A: I’d take a ticket to Lima, Peru, buy a van, and drive down to Patagonia. Back in 2015, I saw the documentary 180° South, which follows Jeff Johnson as he retraces the 1968 journey made by Yvon Chouinard (founder of Patagonia) and Doug Tompkins (founder of The North Face). I cannot seem to throw away the idea of taking a similar trip, one that can be life-altering, a bit dangerous, and awe-inspiring. Hike, ski, embrace the culture, and maybe even surf.

Q: What is your favorite part of your job or best part of being on the Reggora team?

A: I appreciate being useful at Reggora and having a platform to share new ideas and convey an opinion. When you spend so much time working for big companies, you find yourself falling in line, a cog in a machine, unable to be outspoken within areas of opinion. I find that at Reggora, the best ideas win.

Q: Is there anything else you’d like us to know?

A: If you want to know more, pick a spot, and we can chat over a beer or coffee.

Wes, thank you for sharing with all of us today, and thank you for all of your hard work work here at Reggora so far, the team would certainly not be the same without you!

We’re continuing to hire across all departments here at Reggora. To learn about joining the team and see our open roles, visit www.reggora.com/careers. 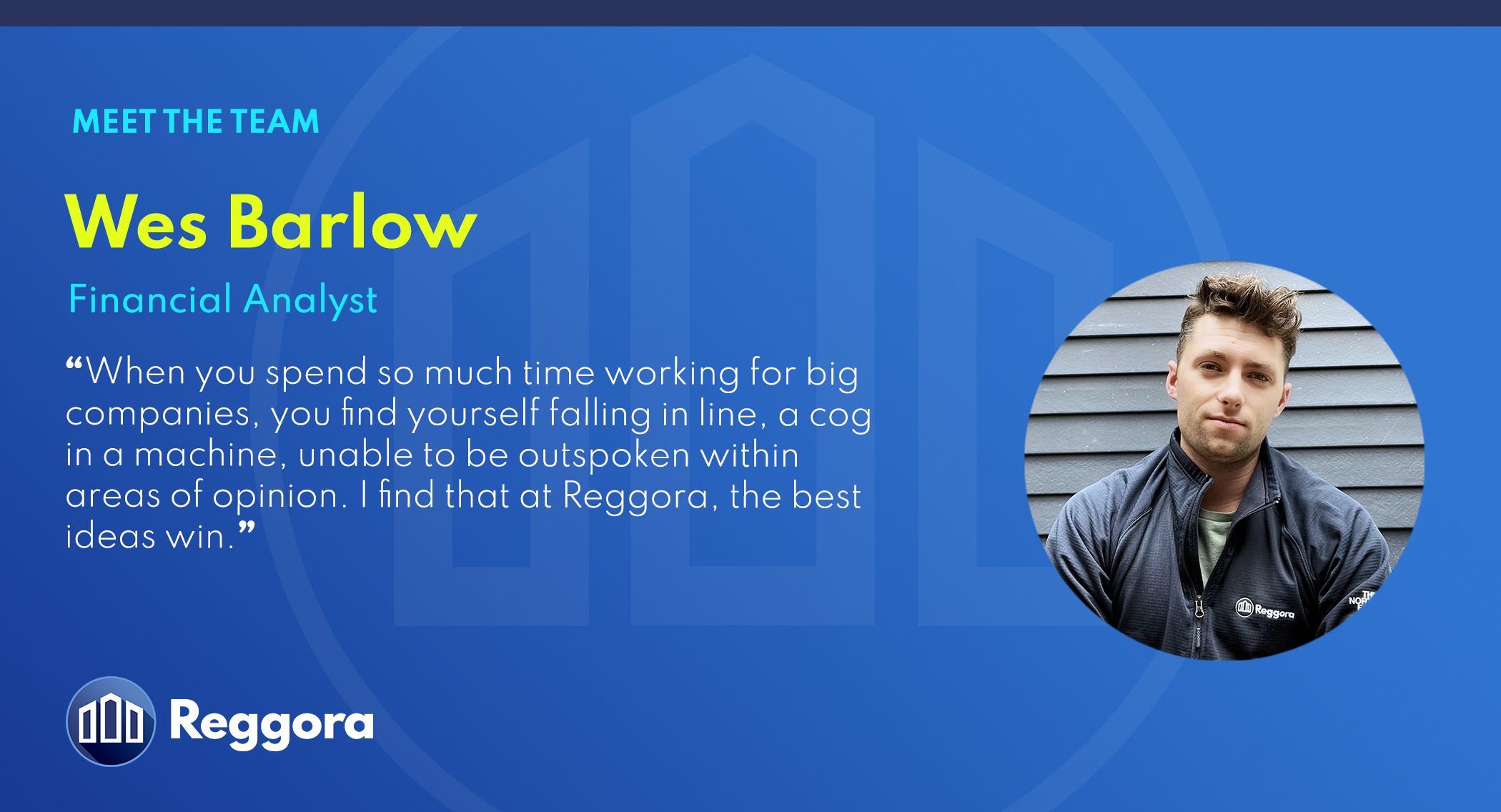 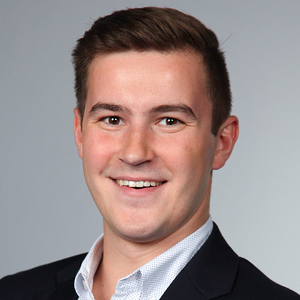 Keep learning about
Life at Reggora 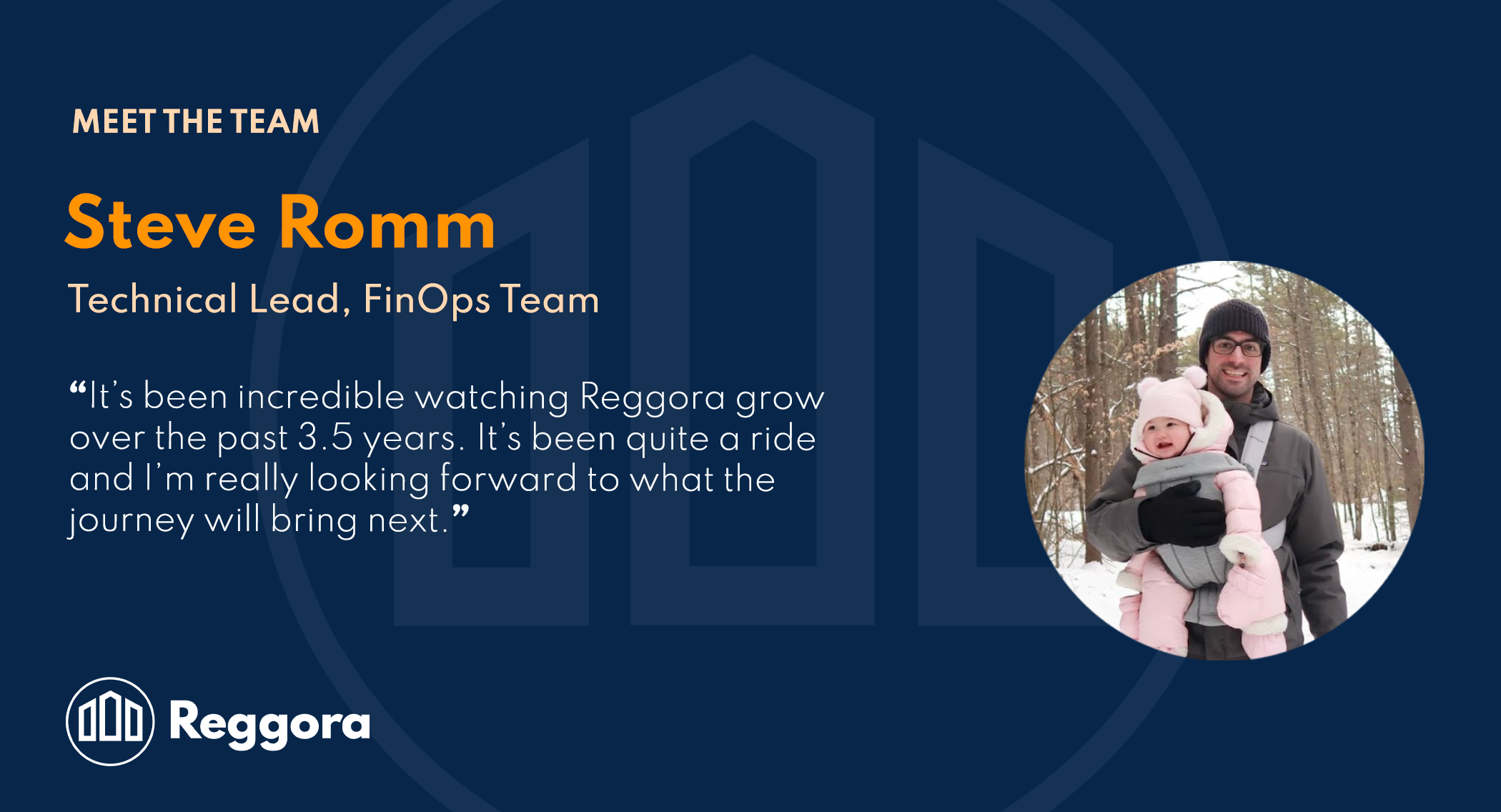 Steve Romm’s journey has included years in China and a coding boot camp that altered his career, leading him to a company in Reggora that was a perfect fit. 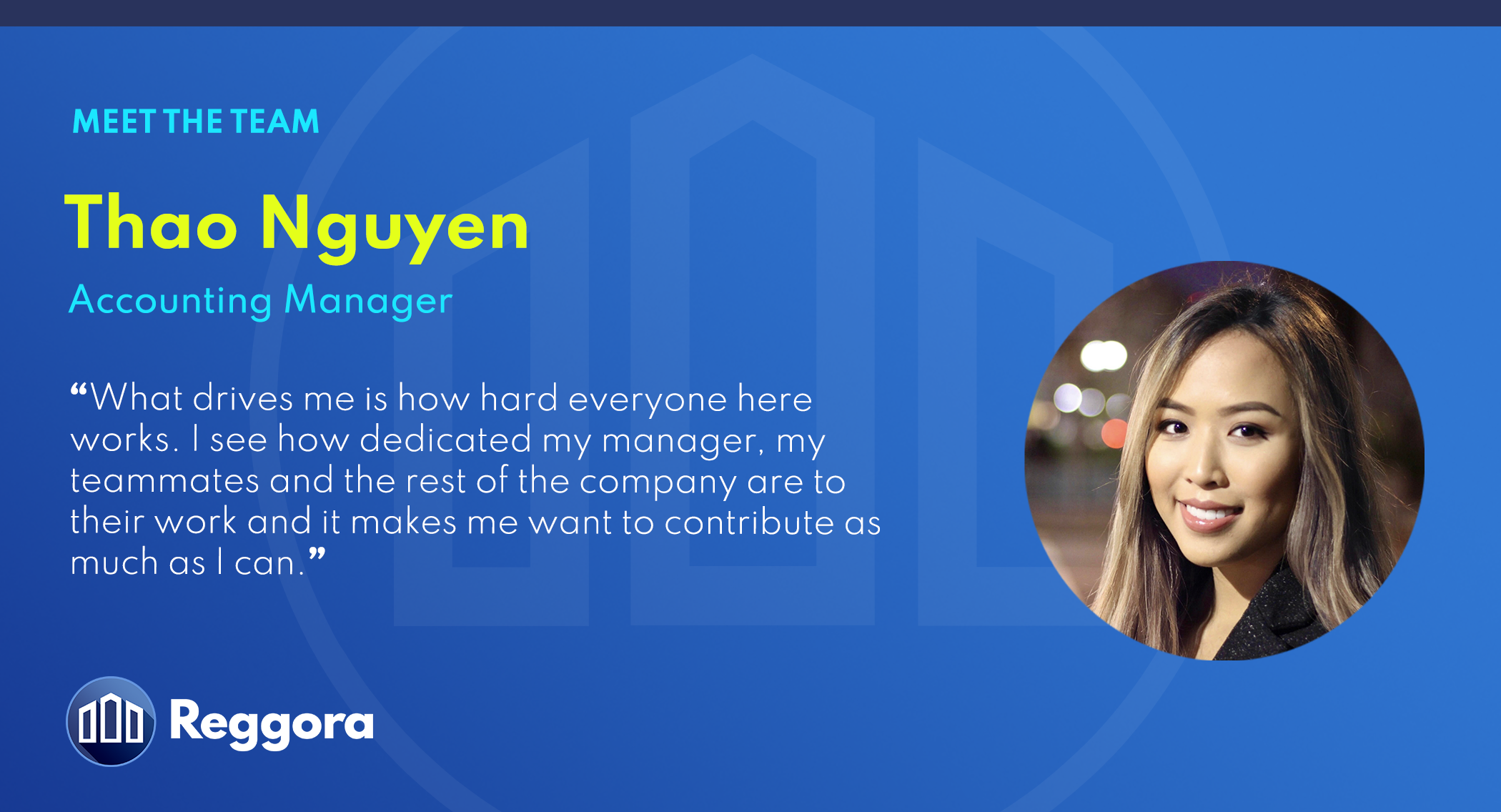 Experience with another real estate tech company familiarized Thao Nguyen with the product, but the culture sold her on the prospect of life at Reggora.